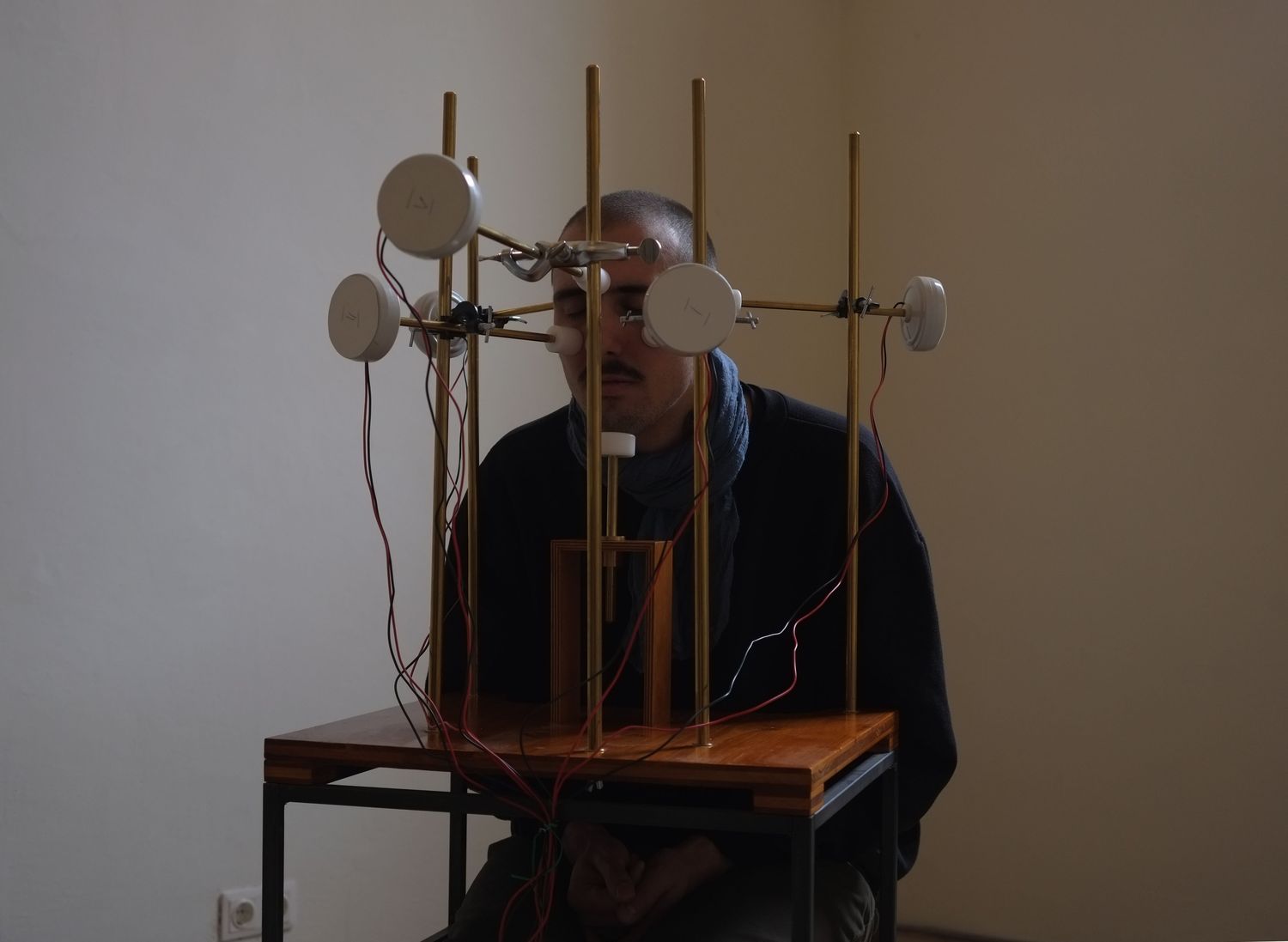 Volkmar Klien spent his childhood engulfed in the Vienna’s rich musical life with all its glorious traditions and engrained rituals. Working from this background Volkmar Klien today strives to extend traditional practices of composing, producing and listening far beyond the established settings of concert music. He works in various areas of the audible and occasionally inaudible arts navigating the manifold links in-between the different modes of human perception, the spheres of presentation and the roles these play in the communal generation of meaning.

His works have been widely recognized, exhibited, performed and presented. He has received commissions from institutions truly varied in nature. For the Volksoper Wien (Vienna, A) he composed music to a full evening ballet, the Curtis R. Priem Experimental Media and Performing Arts Center (EMPAC) (Troy, USA) invited him to produce multi-channel electronic sound works and for Transitio_MX (Mexico City, MX) he produced a mixed media installation acoustically surveying landscapes. In his installation Aural Codes he turned the radio sphere over London into his exhibition space inviting residents to tune in and also interact.

Throughout his career he has collaborated with his choreographer brother Michael on numerous performative projects exploring relationships between sound, bodily movement and human communication. Works stemming from this ongoing collaboration have been produced and presented at the ZKM Karlsruhe, Ballet Frankfurt, the Hayward Gallery London, and - most recently - by the Martha Graham Company in co-operation with the New Museum (NY).

Volkmar Klien’s work has been awarded numerous prizes and awards, amongst these State Scholarships for Composition of the Republic of Austria, an Honorary Mention at Ars Electronica, the Max Brand Prize for Electronic Music, the Scholarship of the Vienna Symphonic Orchestra, the Alban Berg Stipendium and the Gustav Mahler Prize for Composition.

In his artistic work Volkmar Klien can draw on experience gained in academic research. Having received a PhD in electroacoustic composition from the City University London he has held research positions at the Royal College of Arts in London, the Austrian Research Institute for Artificial Intelligence (OFAI) and the University for Music and Performing Arts Vienna. He is a professor for composition and director of the institute for composition and conducting at the Anton Bruckner University (Linz, Austria) as well as the curator for electronic music at the Alte Schmiede (Vienna).