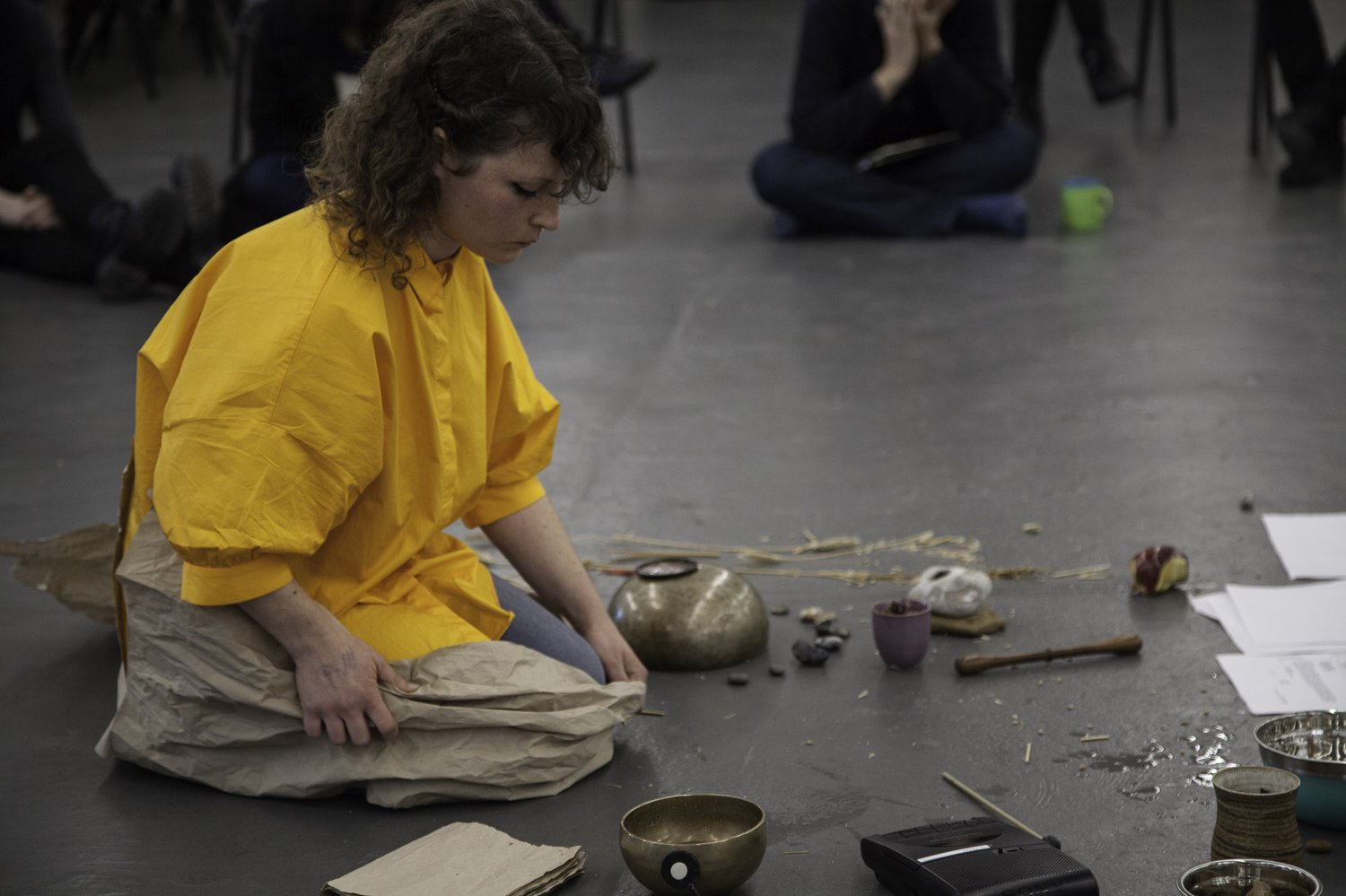 Helen Frosi in an artist and curator who has found herself in many roles, inside and outside of the art world. Her work is preoccupied with the idea of the gift, especially within collaborative and cross-disciplinary practice, and motivated by an interest in the creative, social, and political dimension of sound. In 2010 Helen set up Soundfjord, London’s first project space entirely dedicated to sound. Since 2013, Soundfjord has been operating as an extended network and curatorial platform that promotes and interrogates sound practice within the arts – often in purposefully tangential ways, through ideological cross-pollination and experimental collaboration with many different individuals and organisations. Helen is currently co-curating curatorial interventions with Kostis Kylimis as Either Ear, and DIY audio-visual events with Leslie Deere as Shorts For all Seasons. Under the moniker Postcards from the Volcano, Helen curates and produces one-off radio shows for SonicaFM, as well as immersive sonic environments with Stephan Barrett. Helen is an honorary research fellow at Goldsmiths, University of London (Unit for Sound Practice Research), and curator-in-residence at Octopus, Cumbria.