At the end of May, Musarc will be staging a series of performances in Taranto, Italy. Conceived as a diffused oratorio that crosses over between the city and the domain of radio broadcasts, Zoom conversations and the space of the book, the End of the World Service sees the body of the choir endure a modern-day tarantism of colour and sound in the streets and open spaces of the old town.

The End of the World Service is part of Bodies as Infrastructures – a season of events and performances staged in the city of Taranto by curatorial platform Post Disaster Rooftops. With new works by Aga Beaupré (PL), Mela Boev (IT) Marie Hamilton (UK), Joseph Kohlmaier (AT/UK), Neil Luck (UK), Sara Rodrigues (PT). 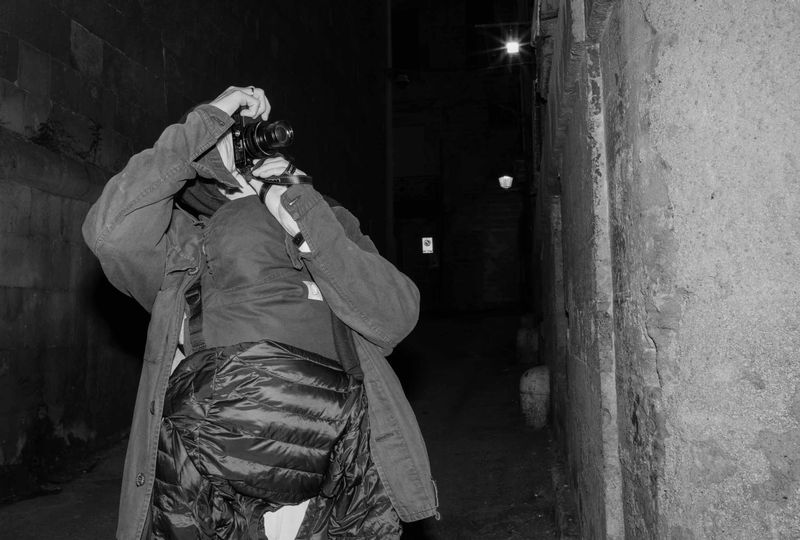 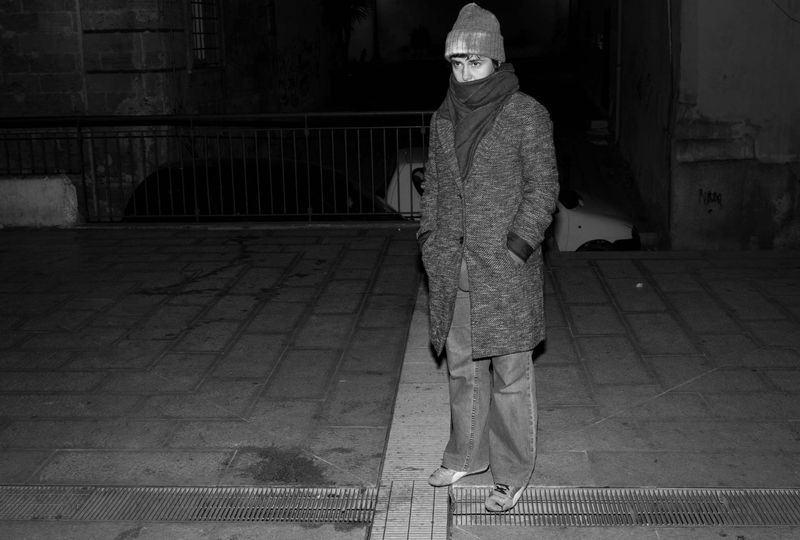 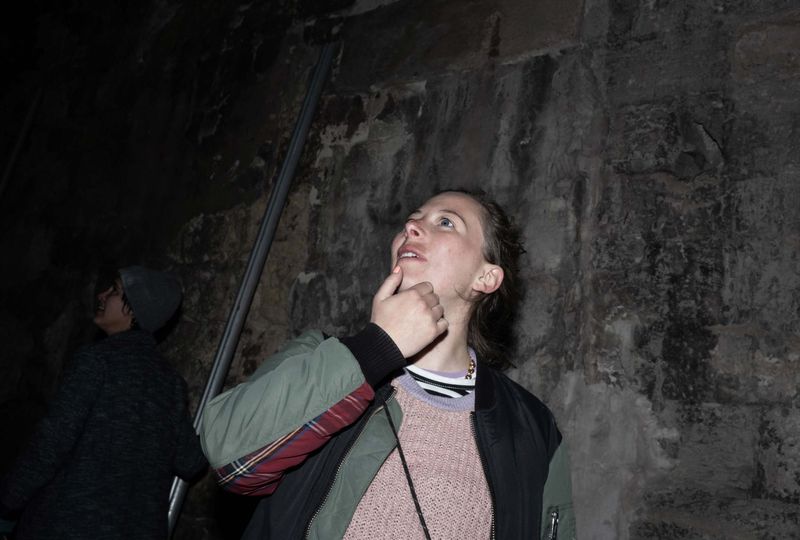 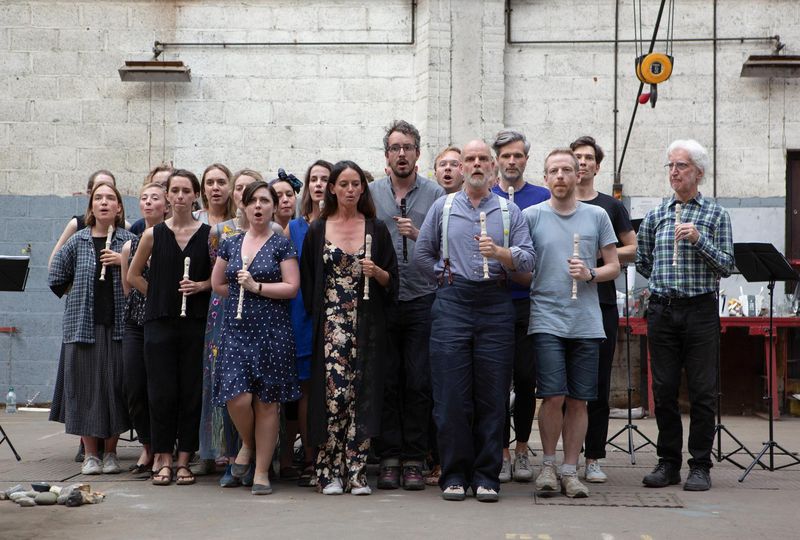 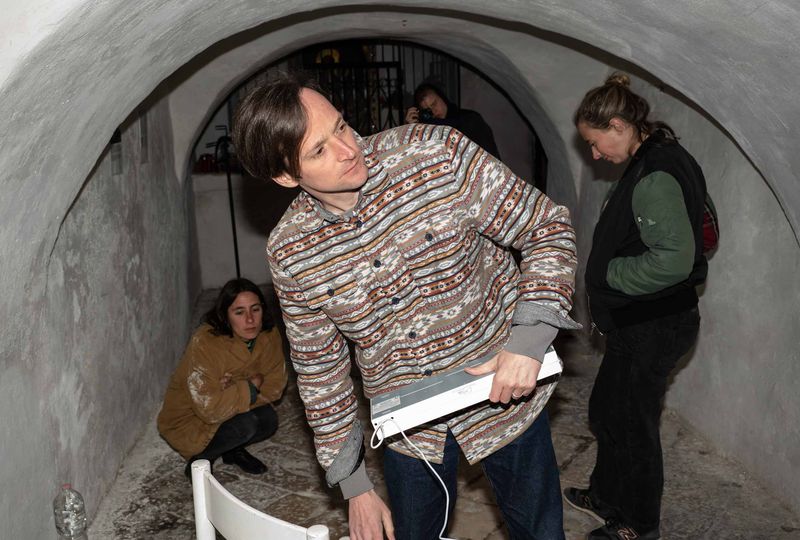 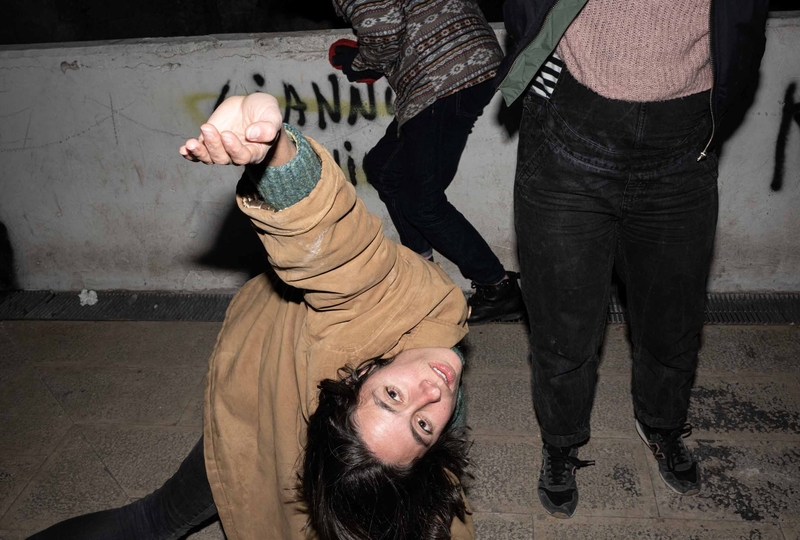 In the narrowest sense, The Land of Remorse is Apulia, inasmuch as this is the elective area of tarantism – a historical-religious phenomenon which developed in the Middle Ages and continued to the eighteenth century and beyond, [ … ] characterised by the symbolism of the taranta, which bites and poisons, as well as the symbolism of music, dance and colours which deliver its victim from the poisonous bite. In a wider sense though, The Land of Remorse – the land of a wretched past which returns and regurgitates and oppresses with its regurgitation – is Southern Italy. [ … ] in a third and still broader sense, The Land of Remorse is our whole planet, or at least that part of it which has entered the shadow-cone of its wretched past.
Ernesto de Martino, In the Land of Remorse (1961)

The founding myth of Taranto roots in errantry and exile. Like all other great cities born in this way, it is haunted by entropy. Today, the old town of Taranto in Southern Italy is known as a post-capitalist wasteland, ‘bitten and poisoned’ by ecological and political disaster. Propped up by steel beams and concrete blocks, the ancient city island is suspended somewhere between death and reincarnation, strung up like a flayed orphan between one of Europe’s largest and most contentious steel industry complexes on one side, which has polluted the air and the seabed to the ground; and the the new town of Taranto, which the old city emptied into as its population and economy grew.

But the spectre of industry and pollution has also prevented the old town from turning into another non-place of eternal tourism. Taranto is a place of resistance and renewal, still charged with the momentum that originates from its inception. One day the steel factory will close. When this happens, how can Taranto prevent becoming a perpetual souvenir of its own long-lost greatness, and remain alive as a city where peope work and children play? This is the question that animates the work of communities and activist groups who are trying to chart a post-industrial future for Taranto, in the process making the city stand in for all other cities at the end of the world.

It is in this context that local artist-activists Post Disaster Rooftops have now operated for several years, advocating for a culture of art, debate and events in the city. As part of its 2022 programme, Bodies as Infrastructures, the curatorial platform has invited choral collective Musarc to stage a series of performances and events which will play out in the city at the End of May.

Conceived in collaboration with six international artists and composers, Musarc’s response to the invitation has evolved into a long-form, diffused oratorio: a cross-modal, many-headed choral dérive that has spawned below ground, like a mycelium, colonising the space under the city over a year of research, writing and residencies. Over two days and two nights, it will erupt into liveness as The End of the World Service, processing through the streets and public spaces of Taranto, carried by instruments and the body of the choir, to be instantly composted for a future ritual in the archives of communication, public address systems, mobile phones, live radio and video broadcasts, documentary film and photography.

Artist and composer Neil Luck (UK) taps into the double trope of the city as a film set and traditional locus of mystery plays with three short tableaus populated by props, choral extras, a wind band and onlookers who happen across the scene at night, pining for a view of the action playing out in the headlights of cars with their radios playing. Joseph Kohlmaier’s (UK/AT) work takes the audience on a slow-moving choral procession that ambulates through the central spine of the old city, a remorseful, humming and mumbling crowd carried along by the sound of the drums and steel instruments of the Complesso Bandistico Città di Crispiano, and culminating in a choral and communal recital.

The theatrical work of Marie Hamilton (UK) engages with the central role of women and mothers in the founding myths and rituals that have animated the city of Taranto, from its first colonisation by Spartan mothers and their exiled sons, to the predominantly female tarantati whose purging and convulsive dances continue in the activism of local mothers campaigning for the closure of the steel factory, exhausted by the respiratory illnesses and cancer that has befallen their children. Filmed by the audience, Hamilton’s piece is projected and broadcast live on Zoom.

The theme of remorse and salvation continues in the work of interdisciplinary artist and composer Sara Rodrigues (PT/UK), whose Invocations is a post-human, ecological tarantism that builds on the idea of phytoremediation: the ability of plants to absorb and process pollution. The second major procession of the event, Invocations sees the choir carrying plants and colours through the city, intoning statistics, the sound of work and nature, and invoking a future after pollution and industry as they dig the plants into fresh soil.

Watching the rehearsals and events unfold, artist and film-maker Aga Beaupré (PL) is present, recording and collecting evidence from which an independent artwork will evolve in a space somewhere between forensic mediation and documentary fiction. Both days of events are framed by the meta-performance of Mela Boev’s (IT) dramaturgy, in a singular commentary that oscillates between translation, facilitation, organisation, chorus and the soothing enunciations of a priestess.

Central to Musarc’s project is the body of the choir which endures and transports the prophecy that these works conjure for two days and two nights. Over a series of social writing sessions in the run-up to rehearsals and performances, the choir has developed a poetic script, or libretto, which has evolved from, and contributed to the research and extensive bibliography that underlies The End of the World Service. The choir’s libretto plays a central role in the performances, rooting the project in the space of the book. It traverses a rich space of poetic associations, building a new continent of ideas – a modern-day oracle, a scripture for future refuge in other exlies, and as the subject of a new hermeneutics. The choir’s libretto will be published alongside documentary material, the artists’ scores and an accompanying set of essays later in the year.